For many parents, raising a teenager can be a challenge. This is because with adolescence comes an onslaught of developmental changes to include physical, hormonal, emotional, and even social shifts that can make teenage years a very tumultuous time. During this phase, teens are beginning to seek more independence as they learn more about themselves and the world around them. Sometimes this can put a strain on the relationship between the parent and their teen. The good news is that parents can take a few steps to vastly improve these relationships. Here are 7 useful tips on how to get along better with your teenager for healthier outcomes.

#1 Remember that you are the parent

Some parents may be tempted to befriend their teens. Today’s psychologists argue that this is a costly parenting mistake. It is important for parents to set clear boundaries between their role and that of their teenagers. While teens are starting to think and behave more independently, and even as parents may start to give them more responsibilities, it is important for teens to understand that you are the parent and not a peer. Such an approach will ensure teens fully understand their place within the family and they will recognize their parents as leaders and not someone they have equal footing with.

Communicating effectively can help to lessen conflict and decrease instances of turmoil between the parent and their teen. Effective communication includes the ways in which parents speak to their teens as well as how well they listen to them. While it may be tempting to yell at a teenager during a misunderstanding this is not an effective way to communicate. When it comes to communication, use the process of mentalization for the best results. Mentalization occurs when parents explain their thoughts, describe their feelings, and provide rationale for their perspectives. Breaking down communication in this way helps to reach teens at their current stage of cognitive development.

Also, listen closely to the teenager’s point of view and pay close attention to their feelings. Spend time talking with them about their concerns, fears, and what excites them. As an emotionally intelligent way to communicate, good listening skills will help the parent better understand their teen. In short, the teen should feel valued, loved and appreciated. As an ongoing activity to getting along better with a teen, teach them to speak up and express their feelings. This skill can prove to be a helpful skill not only at home, but outside of the home as well, such as in school or in the community.

#4 Have rules in place

Furthermore, have clear guidelines for teens regarding what they can and cannot do. This helps teens know what to expect as they go about their day. For instance, communicate how much television time is allowed, how much time they can spend on the internet, as well as which social media platforms they can participate in. Also, clearly define the types of chores they are expected to complete such as making their bed or cleaning their rooms every day. Having rules in place can help to avoid common misunderstandings between parents and their teenagers over the long-term.

#5 Allow them to self-express themselves

It is also important to allow teens to express themselves as individuals. This could include allowing them to wear their hair differently, to wear certain clothes they like, or to participate in favorite extracurricular activities. Good parenting includes being open to these ideas, but within safe boundaries. Remember, teens will soon become adults, so it is important to positively encourage them as they develop their identities. Showing your interest in what delights them the most will help to foster the relationship and it will contribute to how likely they are to buy-in to the relationship.

Do not forget to discipline teenagers when they do not follow the rules. Discipline should be put into place when teens do not meet the expectations of their parents. Consider the necessary consequences and disciplinary actions that should be put into place for not following the rules. This is also a good conversation to have with teens because as a parent, it is your role to help teens understand that they must adhere to order—whether it is the parent’s rules, their teacher’s or society’s. When it comes to rules, do not forget to reinforce positive behaviors though, as teens will do more of what they’re supposed to do when recognized for their actions to abide by what their parents have instructed.

#7 Carve out time for them

Lastly, carve out designated time to spend with the teen to further cultivate the relationship. Spending quality time with teenagers could include participating in activities they enjoy such as going to the movies, shopping, or going out to eat. This time is important because it allows the parents to get to know the teen better, and vice versa. It also helps parents and teens understand one another as individuals, which will ultimately help to forge stronger bonds and build trust, for long-term stability within the relationship. 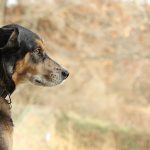 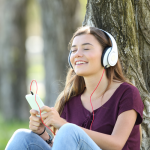 Technology vs. Nature – Why Outdoor Activities are Vital For Teens

22 Fun and Safe Holiday Activities to Do With Kids 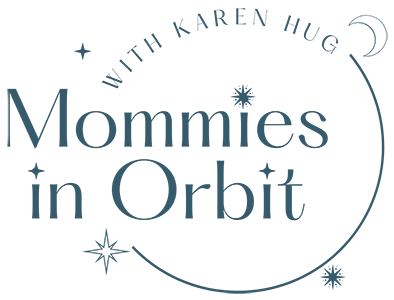